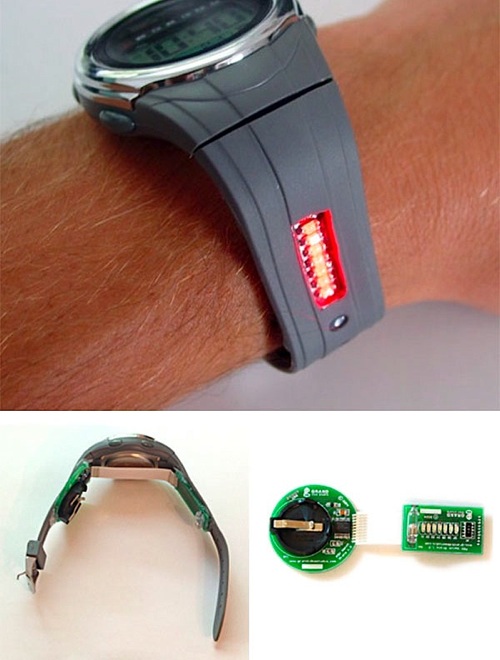 The Persistence of Vision (POV) Watch takes advantage of the theory of persistence of vision to create a unique wristwatch that displays the current or elapsed time while the arm is swinging (such as during a run or brisk walk). A sequence of LED patterns from the watch are displayed in quick succession and interpreted by the wearer as a single, static image appearing in “thin air.”

A Microchip PIC16LF628A handles the image display functions and interfaces with a mercury switch to detect the current direction of motion, which allows the image to be displayed twice per cycle (arm moving out and arm moving back).