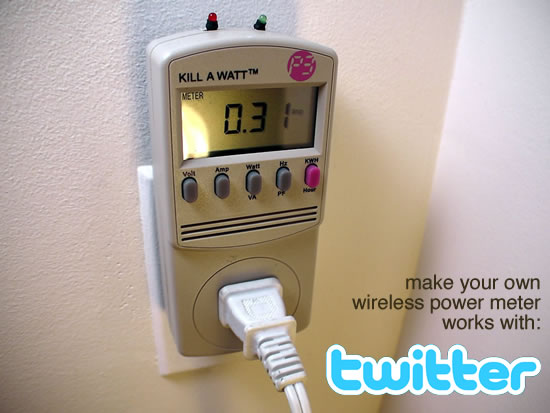 Tweet-a-Watt kits are now available! A few months ago, using “off-the-shelf hardware”, we modified a Kill-a-Watt(TM) power meter to “tweet” (publish wirelessly) the daily KWH consumed to the user’s Twitter account (Cumulative Killowatt-hours). We released this project as an “Open source hardware” project – in other words, anyone can make these, modify them and make a commercial product from the ideas and methods.

After we released this project we entered it in the Greener Gadgets design contest and won first place, we donate the winnings to “Engineers without borders“. 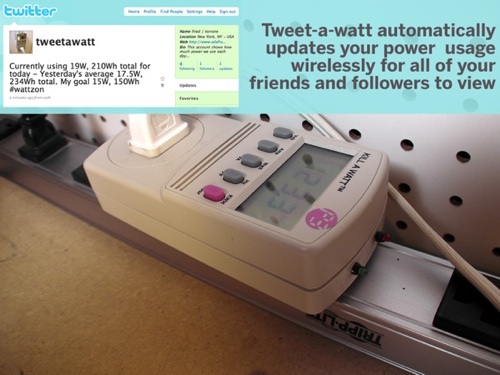 Here’s how it works, the modified Kill-a-Watt uses a “super-cap” to slowly recharge itself, once there is enough power it turns on the Xbee wireless module which transmits the data to a nearby computer (or internet connected microcontroller, like an Arduino) once the power usage for the day is recorded it uses a predefined Twitter account (it can be your own) to publish your daily KWH consumption for the day, multiple units can be used for an entire household. 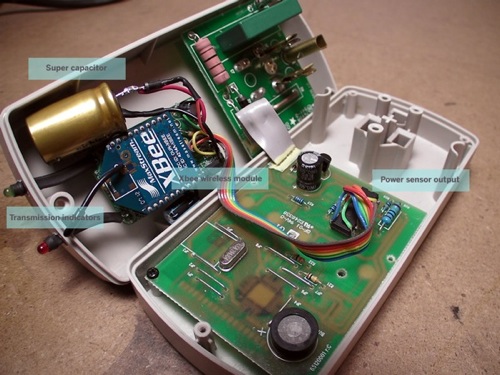 Energy change and consumption can happen many ways, we feel there is a social imperative and joy in publishing one’s own daily KWH – by sharing these numbers on a service like Twitter users can compete for the lowest numbers and also see how they’re doing compared to their friends and followers. Our system can work with twitter, google app engine or really… anything that can display data.

We also wanted to make it easy for anyone to build these so we have released a kit based on the inquires and demand – you don’t need to be a venture backed company or a giant company with millions of dollars to make your own low cost home power monitoring system.

Please note Kill-a-Watt(TM) power meters are not included, you can get these just about anywhere for less than $20.

We have two versions of the kits… 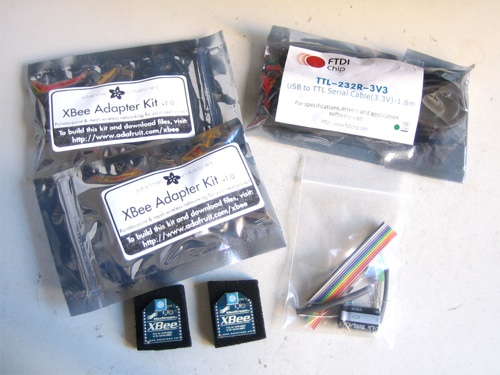 In stock now at the Adafruit store… 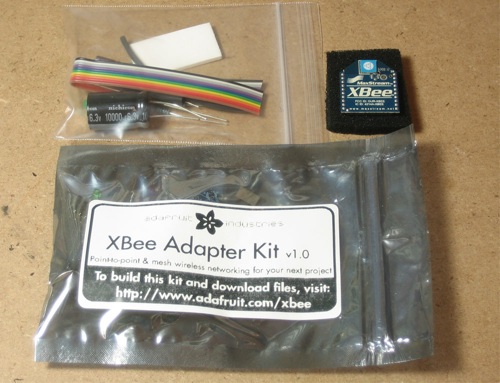 This pack contains parts to make an additional outlet for your Tweet-a-Watt setup.

Tweet-a-Watt kits are now available in the Adafruit store.