Why the Arduino matters… 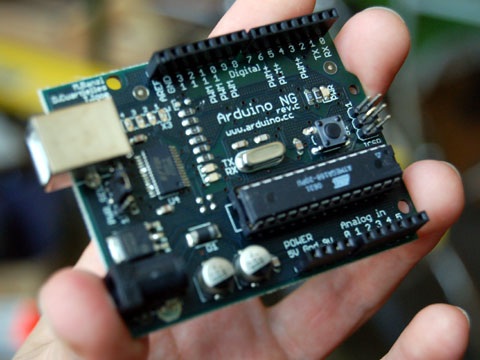 Why the Arduino Matters – Ideas For Dozens…

n January 1975, Popular Electronics ran a cover story about a new computer for hobbyists. The Altair 8800 came as a kit and cost $439 (the equivalent of $1,778.58 in today’s dollars). It came with no on-board memory. You programmed it by entering Intel 8080 opcodes by hand via a series of switches on the front panel. Buying 4k of memory, the ability to read in programs from paper tape, and a teletype interface would increase the price 6 fold. You had to solder the thing together by hand. By comparison with the big university and corporate mainframes it was basically useless.

But Popular Electronics was the Make Magazine of its day and engineering schools had begun to require their graduates to learn some programming, so Forest Mims and Ed Roberts, the two guys in Albuquerque who’d put the Altair together, figured they could probably sell a few hundred in the first year to this emerging group of hackers avant la lettre…