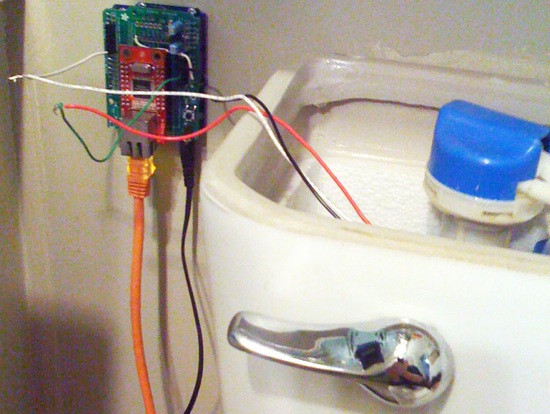 Among the first kits to help DIYers get their appliances tweeting was the Tweet-a-watt. The $90 open source hardware kit from Adafruit Industries let users post the daily energy consumption of their refrigerator or TV set to a Twitter account. The Tweet-a-watt also lets receivers log and graph the power consumption information.

“We feel there is a social imperative and joy in publishing one’s own daily KWH (kilowatts per hour),” says the company on its blog. “By sharing these numbers on a service like Twitter, users can compete for the lowest numbers and also see how they’re doing compared to their friends and followers.”

But to go beyond that, DIYers have devised their own homebrew solution. And driving their interest are modules available for hobbyists from companies such as Adafruit and ioBridge.