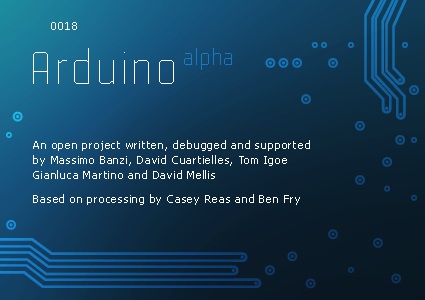 Whoops, we forgot to post up about this. Arduino 18 is out! There’s improved support for 3rd party hardware, nice…