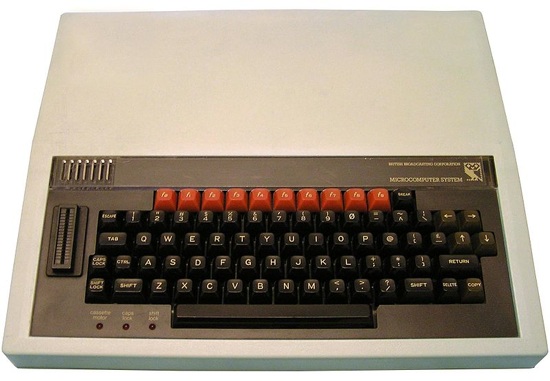 The BBC Microcomputer System, or BBC Micro, was a series of microcomputers and associated peripherals designed and built by Acorn Computers for the BBC Computer Literacy Project, operated by the British Broadcasting Corporation. Designed with an emphasis on education it was notable for its ruggedness, expandability and the quality of its operating system.

The Acorn Proton was a pre-existing project at Acorn to succeed the Atom home computer. It was then submitted for, and won, the Literacy Project tender for a computer to accompany the TV programmes and literature. Renamed the BBC Micro, the platform was chosen by most schools and became a cornerstone of computing in British education in the 1980s, changing Acorn’s fortunes. It was also moderately successful as a home computer in the United Kingdom despite its high cost. The machine was directly involved in the development of the ARM architecture which sees widespread use in embedded systems as of 2009.

While nine models were eventually produced with the BBC brand, the term “BBC Micro” is usually colloquially used to refer to the first six (Model A, B, B+64 and B+128, Master 128, Master compact), with the later models considered as part of the Archimedes series.

Any Adafruits’ out there use one?