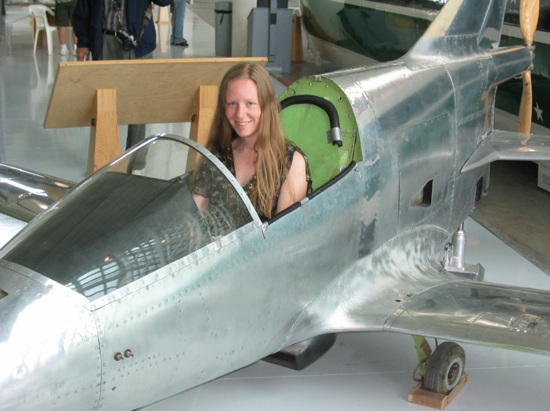 Each hour we are featuring a woman we admire who is currently doing amazing work right in the tech/maker/art/science space. Woman of the hour, Lenore Edman.

Lenore M. Edman, a veteran bike commuter, used to live in Portland, Oregon, where her son Chris got to ride in her bike’s sidecar. Abandoning wet for warm, she moved to Austin, Texas, where she designed and sewed her own wedding dress. Later, as a regular of the Boulder, Colorado weekly cruiser bike ride, she overhauled a mid-century Hawthorne ladies bicycle (named Stella) which she has only crashed once—and it wasn’t her fault. Since moving to Sunnyvale, California, she has helped to popularize edible origami and has learned to make some wicked curries. Her college studies in classical Greek prepared her well for her career working with professors, librarians, engineers and scientists. 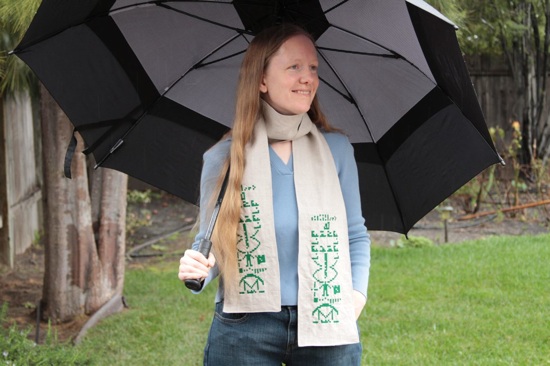 Her latest project is a scarf to aid your search for terrestrial intelligence. And check out her profile – “MacGyver of the Day” on Lifehacker.

She’s part of Evil Mad Scientist Laboratories, be sure to visit their site, store and check out all the open source make/craft/hack/art projects they release, incredible stuff.