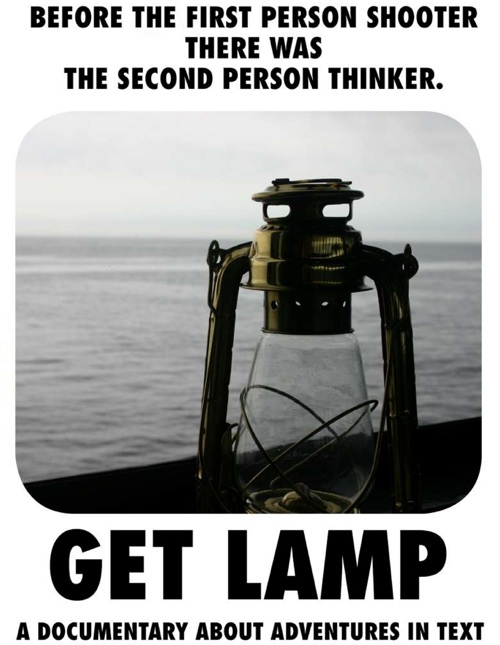 GET LAMP: THE TEXT ADVENTURE DOCUMENTARY and the GET LAMP coin.

In the early years of the microcomputer, a special kind of game was being played.

With limited sound, simple graphics, and tiny amounts of computing power, the first games on home computers would hardly raise an eyebrow in the modern era of photorealism and surround sound. In a world of Quake, Half-Life and Halo, it is expected that a successful game must be loud, fast, and full of blazing life-like action.
But in the early 1980s, an entire industry rose over the telling of tales, the solving of intricate puzzles and the art of writing. Like living books, these games described fantastic worlds to their readers, and then invited them to live within them.

They were called “computer adventure games”, and they used the most powerful graphics processor in the world: the human mind.
Rising from side projects at universities and engineering companies, adventure games would describe a place, and then ask what to do next. They presented puzzles, tricks and traps to be overcome. They were filled with suspense, humor and sadness. And they offered a unique type of joy as players discovered how to negotiate the obstacles and think their way to victory. These players have carried their memories of these text adventures to the modern day, and a whole new generation of authors have taken up the torch to present a new set of places to explore.
Get Lamp is a documentary that will tell the story of the creation of these incredible games, in the words of the people who made them. 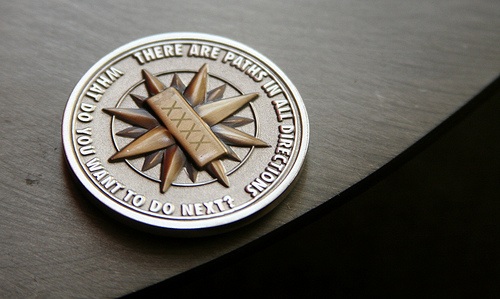 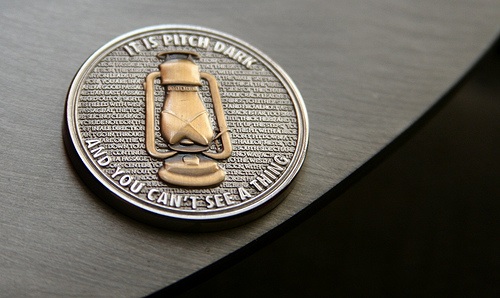 And there’s a coin!