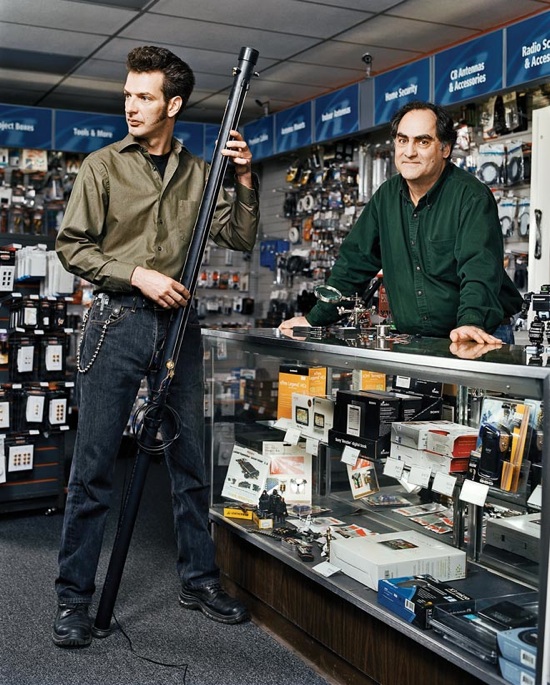 Andy Cohen waves his arm at the electrical miscellany hanging around him, showing off his tubular lugs and a box labeled “81-piece terminal assortment”. Cohen is holding court at the back of the RadioShack store he owns in Sebastopol, California. To his left, a tattooed kid fishes through a metal chest of drawers labeled “fast-acting/slow-blow 3ag-type”. Another cabinet is labeled “capacitors: electrolytic, radial (pcb-mount) leads, axial (in-line) leads”. Behind him, a spinning rack is hung with baggies containing dozens of different brass and gold solderless connectors. They’re the little widgets you think of when you think of RadioShack — the sort of electronic parts the company once had a near monopoly on but that are increasingly hard to find there. Cohen gets much of his supply direct from China. “Where are you going to find all these different kinds of solder? A selection of five soldering irons? All these connectors?” Cohen says. “Other RadioShacks, they hide this stuff or don’t buy enough of it anymore. We go out of our way to show you these things.”