One on One: Dale Dougherty, Make Magazine & Maker Faire 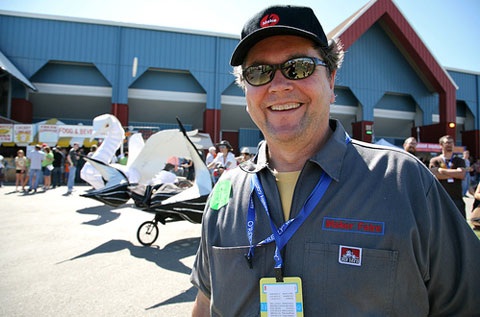 Dale Dougherty will be overseeing the annual Maker Faire in San Francisco this coming weekend. If you haven’t heard of this event, think about a typical fairground but with robots and giant mousetraps. Also, instead of traditional balloons that you tie to your wrist, some of the balloons at Maker Faire travel into space and take pictures of the earth.

In a recent blog post, Mr. Dougherty wrote about a growing group of “makers” who are creating new “DIY indie innovations.” This maker community is near and dear to my heart as I spent a lot of time tinkering with robotics and electronics last year — although most of my robots are collecting dust and still haven’t mastered world domination. Here is an edited version of my conversation with Mr. Dougherty.

Comments Off on One on One: Dale Dougherty, Make Magazine & Maker Faire