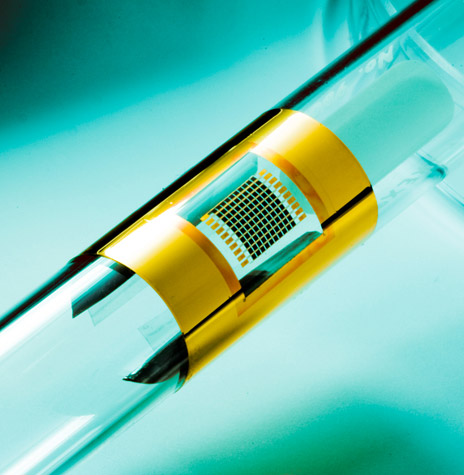 19 May 2010—Researchers led by John Rogers at the University of Illinois at Urbana-Champaign have invented a cheaper way to build devices—including solar cells and infrared cameras—using highly efficient but notoriously pricey compound semiconductors. Their method, reported in the journal Nature, involves growing stacks of thin films of semiconductor, peeling off the films one by one, and printing them onto cheaper substrates, such as silicon or glass.

This is great news for solar junkies. Meanwhile, the DIY robotics crowd can look forward to IR cameras and other machine vision devices that are much more affordable.

Comments Off on Cheap GaAs