624 Miles on a Single Tank of Electrons 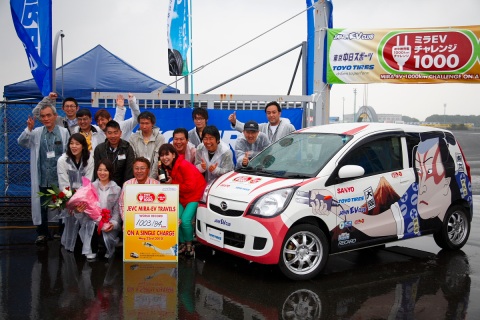 An electric vehicle powered by lithium-ion batteries broke its own world record for the longest EV trip without recharging when it completed a 623.76 mile run.

The Daihatsu Mira EV, featuring Sanyo batteries and converted from gas to electric by the Japan EV Club, already set a record for the longest single trip without recharging when it took a 345-mile journey from Tokyo to Osaka last November.