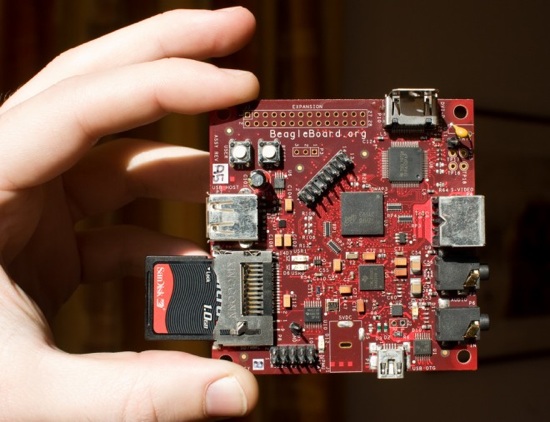 Overview of the BeagleBoard @ Wired…

Open source hardware hobbyists now have a chipset to play with that’s comparable to the powerful processors found in smartphones such as the Nexus One or HTC Incredible.

Texas Instruments has released a new version of its low-power, single-board computer called BeagleBoard-xM. It’s based on the same 1-GHz ARM Cortex A8 processor that drives the most sophisticated smartphones today. That gives it far more processing power than the leading open-source microcontroller platform, Arduino, which many hobbyists currently use to create robots, sensors, toys and other DIY devices.

We’re not sure it makes sense to compare the BeagleBoard with the Arduino, but it keeps coming up in articles.