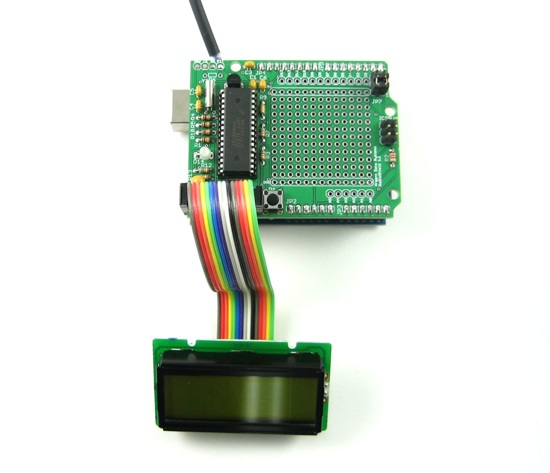 This is cool, an APRS Radio Shield for Arduino (thanks Kevin) – it’s unclear if it’s open source or what the licensing is on the project/product.

The Radio Shield is an add-on kit for the Arduino development board that provides AX.25 packet radio send and receive capability, a prototyping area, and an HD44780-compatible LCD interface. Documentation is available at wiki.argentdata.com. LCD module and Arduino board not included.