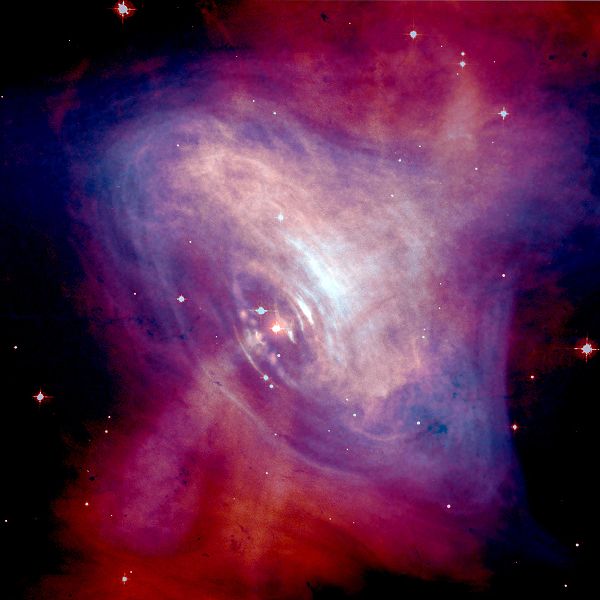 Claiming that something can move faster than light is a good conversation-stopper in physics. People edge away from you in cocktail parties; friends never return phone calls. You just don’t mess with Albert Einstein. So when I saw a press conference at the American Astronomical Society meeting this past January on faster-than-light phenomena in the cosmos, my first reaction was to say, “Terribly sorry, but I really have to go now.” Astrophysicists have been speaking of FTL motion for years, but it was always just a trick of the light that lent the impression of warp speed, a technicality of wave motion, or an exotic consequence of the expansion of the universe. These researchers were claiming a very different sort of trick. Dubious though I was, I put their press release in my “needs more thought” folder and today finally got around to taking a closer look. And what I’ve found is utterly fascinating.

The researchers, John Singleton and Andrea Schmidt of Los Alamos and their colleagues, have built a sort of wire in which an electric pulse can outpace light. They get away with it because the pulse is not a causal process. It does not ripple down the line because charged particles are bumping into each other, a process that is subject to Einstein’s speed limit. Instead, an external controller drives the particles and can synchronize them to make a pulse pass through the wire at whatever speed you want.

I wonder if Zefram Cochrane reads the Adafruit blog… oh man that would be so cool!