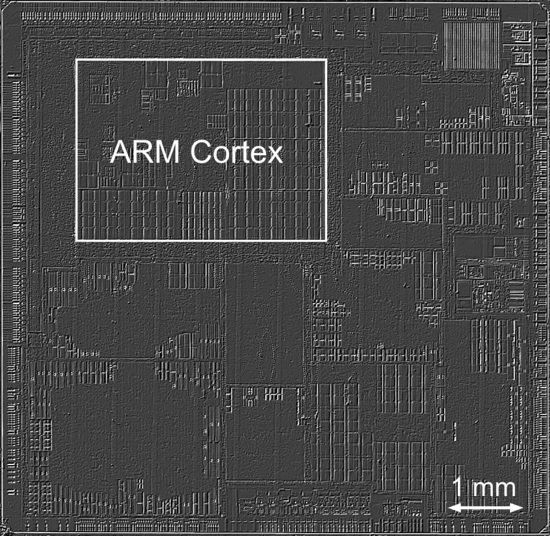 Apple A4 system-on-chip architecture observed by infrared imaging through the backside of an intact die. 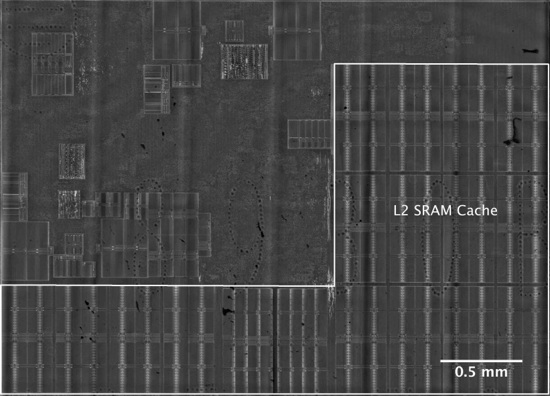 The first question was whether the A4 could be the first offspring spawned by Apple’s April 2008 acquisition of PA Semi. However, it seemed there was not enough time for a brand new design. Jon Stokes provided an interesting early insight into the CPU-GPU combination and the potential role of PA Semi.

Comments Off on Apple’s A4 dissected, discussed…and tantalizing