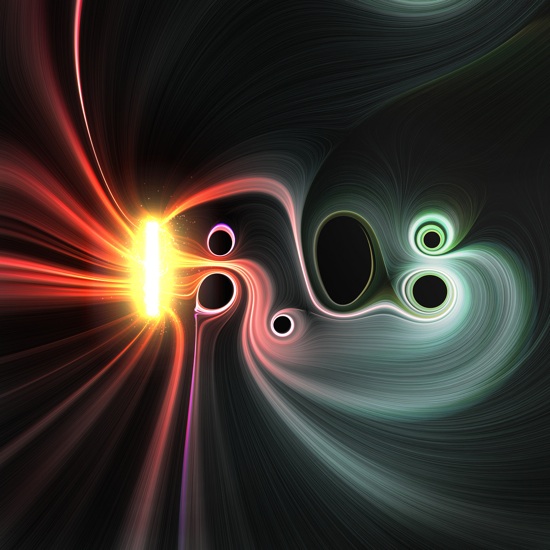 A few months ago, I was contacted by the fine folk at Wired Magazine. They were asking if they could commission me to create a feature illustration for issue number 18:08. They were particularly interested in the aesthetic of the Addition Subtraction project and wanted me to do something which used the issue number itself and still maintained the feel of the original inspiration.

The project went through many different looks. My original idea was to try to make the gravitational and orbital forces mold the digits out of a sea of particles. The initial studies were pretty positive but the leading ‘1′ digit was proving to be problematic. The ‘8′ and ‘0′ were fine because they were simple forms made of circles. Spinning an attractive force did a good job of creating the rounder digits but I was struggling with the ‘1′.

Robert is one of our favorite artists, be sure to check out the rest of his portfolio!