GPS tracking (jamming) for all… 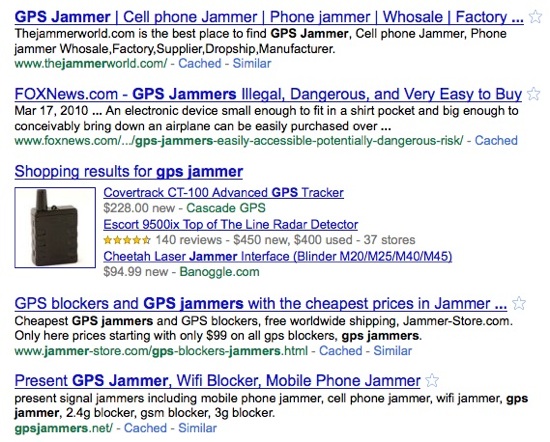 Government agents can sneak onto your property in the middle of the night, put a GPS device on the bottom of your car and keep track of everywhere you go. This doesn’t violate your Fourth Amendment rights, because you do not have any reasonable expectation of privacy in your own driveway — and no reasonable expectation that the government isn’t tracking your movements.

That is the bizarre — and scary — rule that now applies in California and eight other Western states. The U.S. Court of Appeals for the Ninth Circuit, which covers this vast jurisdiction, recently decided the government can monitor you in this way virtually anytime it wants — with no need for a search warrant.

It is a dangerous decision — one that, as the dissenting judges warned, could turn America into the sort of totalitarian state imagined by George Orwell. It is particularly offensive because the judges added insult to injury with some shocking class bias: the little personal privacy that still exists, the court suggested, should belong mainly to the rich.

…Chief Judge Alex Kozinski, who dissented from this month’s decision refusing to reconsider the case, pointed out whose homes are not open to strangers: rich people’s. The court’s ruling, he said, means that people who protect their homes with electric gates, fences and security booths have a large protected zone of privacy around their homes. People who cannot afford such barriers have to put up with the government sneaking around at night.

We think this will also increase the GPS jammer market (above google search) – and perhaps some will just build their own.

Comments Off on GPS tracking (jamming) for all…