Internet Explorer 6 is no longer supported on the adafruit sites… 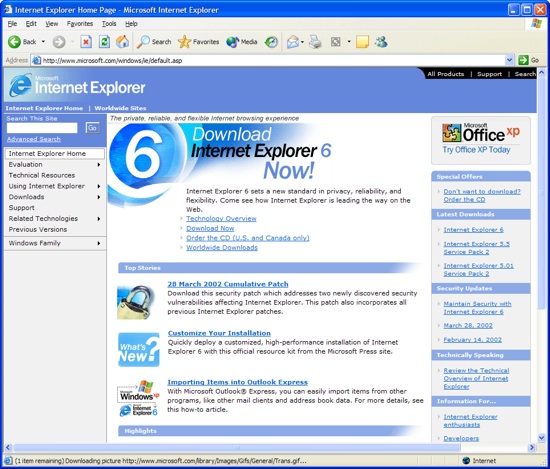 Internet Explorer 6 (abbreviated as IE6) was the sixth major revision of Internet Explorer, a web browser developed by Microsoft for Windows operating systems. It was released on August 27, 2001, shortly after the completion of Windows XP.

This version of Internet Explorer is widely derided for its security issues and lack of support for modern web standards, making frequent appearances in “worst tech products of all time” lists, with some publications labeling it as the “least secure software on the planet.” Because a substantial percentage of the web audience still uses the outdated browser, campaigns have been established to encourage users to upgrade to newer versions of Internet Explorer or switch to different browsers. Some websites have dropped support for IE6 entirely, most notable of which is Google dropping support in some of its services…