Game of Life in “The Grand Design” 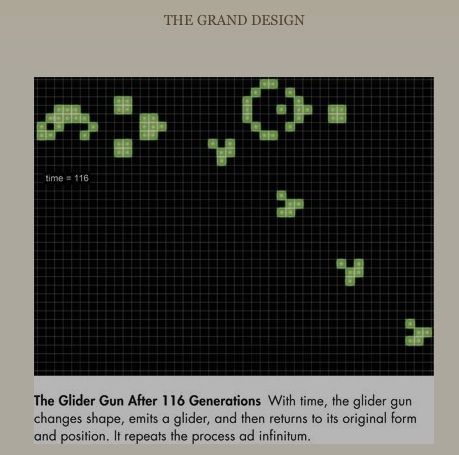 We just finished The Grand Design by Stephen Hawking, Leonard Mlodinow. Our existence is compared to the simple 2D world of “Game of Life”, the book also covers fine tuning and multiple histories. The best part was this bit about Richard Feynman’s van… 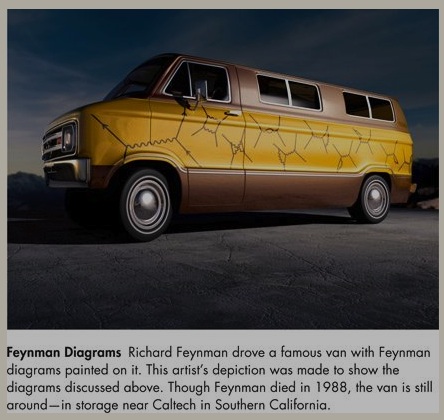 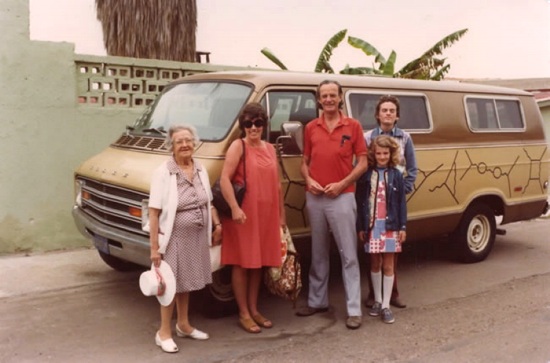 Richard Feynman, the late Caltech physicist, is famous for working on the atomic bomb, winning a Nobel Prize in Physics, cracking safes, playing drums and driving a 1975 Dodge Maxivan adorned with squiggly lines on the side panels. Most people who saw it gazed in puzzlement, but once in a while someone would ask the driver why he had Feynman diagrams all over his van, only to be told, “Because I’m Richard Feynman!”

Feynman diagrams are simplified visual representations of the very complex world of quantum electrodynamics (QED), in which particles of light called photons are depicted by wavy lines, negatively charged electrons are depicted by straight or curved nonwavy lines, and line junctions show electrons emitting or absorbing a photon. In the diagram on the back door of the van, seen in the photograph above with Tufte, time flows from bottom to top. The pair of electrons (the straight lines) are moving toward each other. When the left-hand electron emits a photon (wavy-line junction), that negatively charged particle is deflected outward left; the right-hand electron reabsorbs the photon, causing it to deflect outward right.