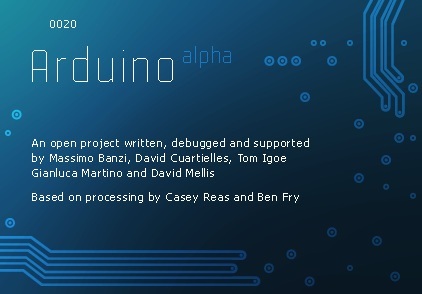 Get it while it’s hot…

Arduino 0020 released for Windows and Mac (supports Uno and Mega 2560). Arduino 0020 for Windows and Mac OS X is now available from the download page. It features support for the new Uno and Mega 2560 boards and a new logo designed by ToDo. The Linux version will follow shortly…. On a technical note, the source code for Arduino has migrated to GitHub to facilitate distributed development and merging. It includes the source code for the 8U2 firmwares that we’re using for USB-serial conversion. The issues list and developers documentation will remain on the Google Code Arduino project for the foreseeable future.