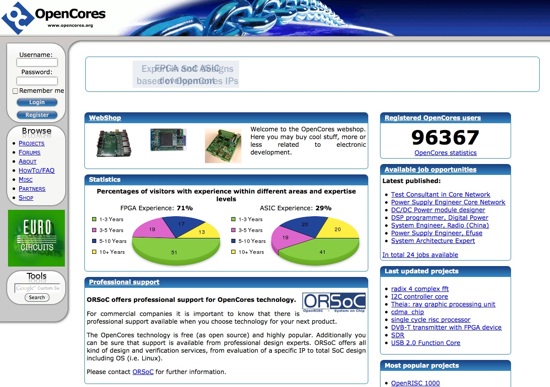 Marcus Erlandsson has been in the semiconductor business since 1998. He started as a field programmable gate array (FPGA) and application-specific integrated circuit (ASIC) design consultant, a job which gave him a lot of insight into the methodologies that product companies used. “It was during this period that I realised that most of the times we try to ‘reinvent the wheel’.” His interest in open source hardware was kindled.

In 2000, he moved into the ASIC development business, and one of the key focus areas of the company he worked for was FPGA-to-ASIC and ASIC-to-ASIC conversion. “I met a lot of companies that had difficulties keeping their products alive in the market due to end-of-life issues with components. And, since component lifecycles were constantly becoming shorter, I knew that open-source hardware was a necessity to enable smooth redesign into newer hardware.” It was during this period that he identified and began to participate deeply in OpenCores, a Web community which hosts a repository of free, open source intellectual property (IP) cores including chip designs, system-on-a-chip and supplemental boards. Erlandsson’s involvement in OpenCores became so deep that it eventually became a part of ORSoC (OpenRISC System-on-Chip), an FPGA/ASIC design house that he founded with two other colleagues in 2004.

We caught up with Erlandsson on the significance of open hardware, the OpenCores journey, the business case behind it, how it is benefiting engineers worldwide, and more business and technical doubts that commonly crop up…

Comments Off on Article about OpenCores.org