Inventors Who Take No Profits From Their Work 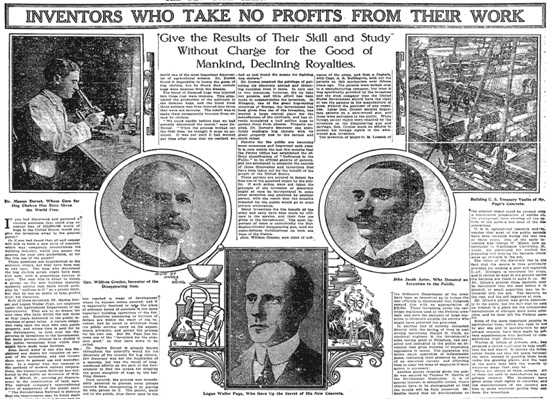 Inventors Who Take No Profits From Their Work – thanks Robert!

INVENTORS WHO TAKE NO PROFITS FROM THEIR WORK: Give the Results of their Skill and Study Without Charge for the Good of Mankind, Declining Royalties. …the invention herein described and claimed may be used by the Government of the United States or any of its officers or employees… or by any person in the United States, without the payment of any royalty thereon. (PDF).