BACK IN STOCK AND UPDATED – Chumby Hacker Board – v1.0 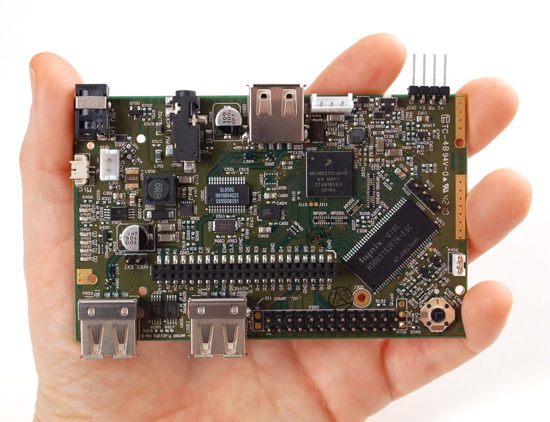 BACK IN STOCK AND UPDATED – Chumby Hacker Board – v1.0. The Chumby Hacker Board is a cool single board Linux computer that has much of the same hardware as the famous Chumby One. It’s great for people who are experienced with Linux and want to have the power of a microcomputer with audio and video output while at the same time getting all the peripherals of a microcontroller such as analog-to-digital conversion, PWM outputs, sensors, bit twiddling, and broken-out GPIOs!

While we believe that the CHB is a fairly easy-to-use Single Board Computer, having a pre-installed OS on the included uSD card and drivers for the peripherals, it’s not designed for beginners! The board is best used by those with previous Linux experience. The good news is you don’t have to have another Linux computer to set up the CHB but you should have familiarity with shells and shell scripting, gcc, make, dmesg, etc. We also suggest having had some poking around with microcontrollers such as BASIC Stamp, Arduino, AVR, PIC, 8051, etc. So that when we say “i2c” and “not 5v tolerant I/Os” you can follow along.

This is the v1.0 release, slightly updated from the Beta. This version does not have ‘Arduino’ headers on the back anymore, since they were not terribly useful. Instead, the 0.1″ header breakout has been expanded to include more useful pins. This makes the CHB slimmer but just as useful. The SD card has been doubled in size.

In stock and shipping immediately.

Filed under: announce, chumby — by adafruit

Comments Off on BACK IN STOCK AND UPDATED – Chumby Hacker Board – v1.0