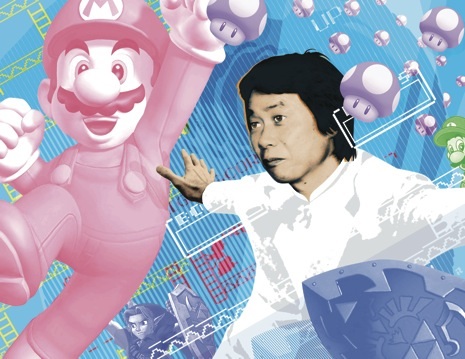 When Shigeru Miyamoto was a child, he didn’t really have any toys, so he made his own, out of wood and string. He put on performances with homemade puppets and made cartoon flip-books. He pretended that there were magical realms hidden behind the sliding shoji screens in his family’s little house. There was no television. His parents were of modest means but hardly poor. This was in the late nineteen-fifties and early nineteen-sixties, in the rural village of Sonobe, about thirty miles northwest of Kyoto, in a river valley surrounded by wooded mountains.

In his games, Miyamoto has always tried to re-create his childhood wonderment, if not always the actual experiences that gave rise to it, since the experiences themselves may be harder to come by in a paved and partitioned world. “I can still recall the kind of sensation I had when I was in a small river, and I was searching with my hands beneath a rock, and something hit my finger, and I noticed it was a fish,” he told me one day. “That’s something that I just can’t express in words. It’s such an unusual situation. I wish that children nowadays could have similar experiences, but it’s not very easy.”

Comments Off on Shigeru Miyamoto, Nintendo’s man behind Mario