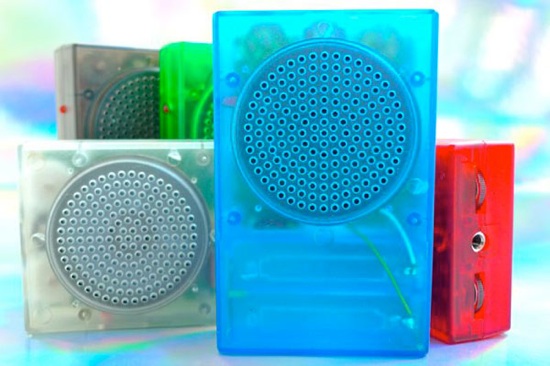 The Buddha Machine, introduced in 2005 (and blogged here many many many many times before), is a portable little sound-loop device in a plastic box introduced five years ago by the China-based duo FM3 (aka Zhang Jian and Christiaan Virant). It so resembles an impressively generic AM radio that Muji products look like Prada by comparison.

The first two generations of the Buddha Machine contained short varied loops of ambient sound. Generation two (2008) introduced pitch control, allowing the user to alter the speed of the loops; this was, in part, a nod to enthusiasts who’d hacked the first generation. I always find myself slowing the loops as much as possible, to get them to their drone-iest, which suits the device’s zone-out charm and its background-music functionality.

The third generation, newly released this month, retains the pitch control but replaces all those electronic-audio recordings with loops recorded on an ancient Chinese instrument known as the qin. This gen-three Buddha Machine is named the Chan Fang (or 禅房), which translates as Zen Room. (Between the second and third generations there was also Gristleism, a device that resulted from a collaboration between FM3 and Throbbing Gristle, whose longtime member Peter “Sleazy” Christopherson passed away late last month.)