And The Moon Be Still As Red 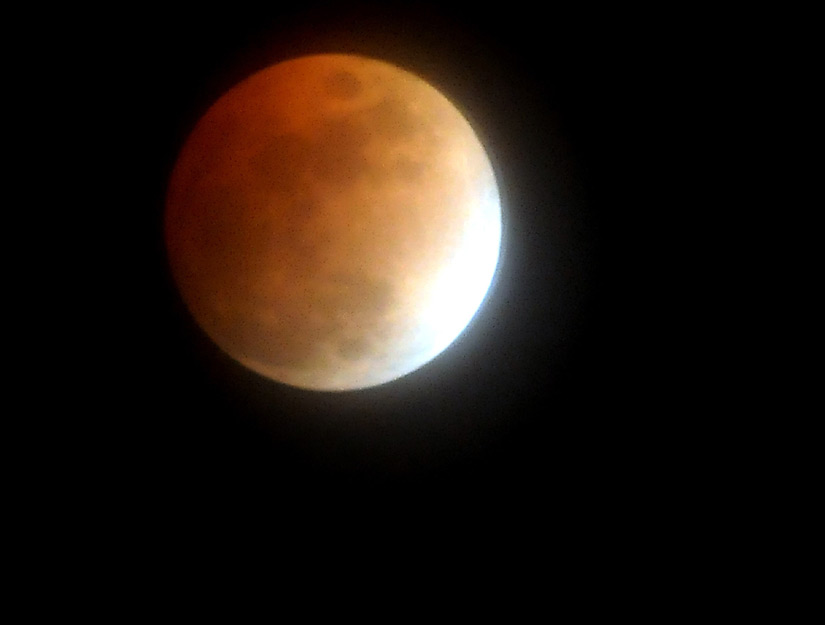 Tonight’s lunar eclipse will be a rich shade of red, due to refraction. From Discovery.com:

Weather permitting, skygazers in northern America and Europe are in for a treat in the early morning hours of Tuesday, when the first total lunar eclipse in almost three years is poised to turn the moon pink, coppery or even a blood red.

Coinciding eerily with the northern hemisphere’s mid-winter solstice, the eclipse will happen because the sun, the Earth and its satellite are directly aligned, and the moon swings into the cone of shadow cast by its mother planet.

The moon does not become invisible, though, as there is still residual light that is deflected towards it by our atmosphere.

Most of this refracted light is in the red part of the spectrum and as a result the moon, seen from Earth, turns a reddish, coppery or orange hue, sometimes even brownish.

Ah, Nature. Always with the drama.