“Scientists and engineers are celebrities in most countries”… 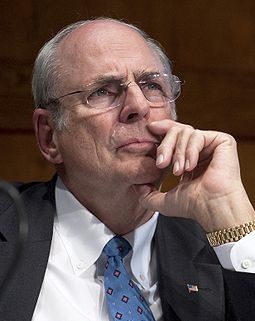 …Scientists and engineers are celebrities in most countries. They’re not seen as geeks or misfits, as they too often are in the U.S., but rather as society’s leaders and innovators. In China, eight of the top nine political posts are held by engineers. In the U.S., almost no engineers or scientists are engaged in high-level politics, and there is a virtual absence of engineers in our public policy debates.

…if American students have a negative impression – or no impression at all – of science and engineering, then they’re hardly likely to choose them as professions. Already, 70% of engineers with PhD’s who graduate from U.S. universities are foreign-born. Increasingly, these talented individuals are not staying in the U.S – instead, they’re returning home, where they find greater opportunities.

Here’s something else you also don’t hear that much – where are many engineers working *instead* of engineering firms like Lockheed Martin? Google, Wall Street, hedge funds, investment banks, the next face-IPO-book. At a conference we heard Dean Kamen say our “best and brightest” are working on things like Adsense and not the hard problems, we’re paraphrasing a bit – but that was the gist of it.

One of the reasons we’re in so much economic misery could be because we made too much “financial engineering” instead of “engineering engineering”. We have very talented friends who are engineers, but are not doing any engineering. They like the salary and the perks, it’s hard not to get addicted to something like that. Kamen also said “we are what we celebrate” so – that fits with Norman’s article as well.