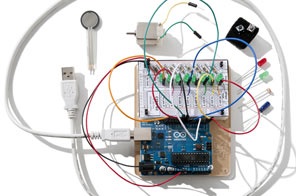 As electronic devices got more complicated in the past few decades, it became increasingly difficult and expensive to tinker with hardware. The 1970s garage engineers who built their own computers gave way to geeks who programmed their own software. But now the rise of open-source hardware is paving the way for a return of build-it-yourself electronics. Creators can start with devices such as the Arduino, an inexpensive control board that’s easy to program and can hook up to a wide variety of hardware. People can create projects that range from blinking light shows to more sophisticated efforts such as robotics. The Arduino started with designers in Italy, who license the boards to manufacturers and distributors that sell official versions for less than $50. The Arduino designers freely share the specifications for anyone to use, however, and third-party manufacturers all over the world offer versions of their own, sometimes optimized for specific purposes.

You need to be a paid member to read the story it seems.