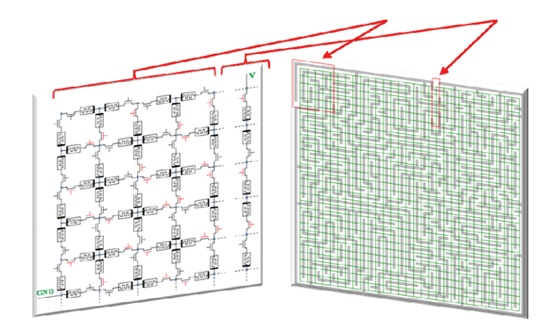 Memristors are the fourth fundamental building block of electronic circuits, after resistors, capacitors and inductors. They were famously predicted in the early 1970s but only discovered 30 years later at HP Labs in Palo Alto, California.

Memristors are resistors that “remember” the state they were in, which changes according to the current passing through them. They are expected to revolutionise the design and capabilities of electronic circuits and may even make possible brain-like architectures in silicon, since neurons behave like memristors.

Today, we see one of the first revolutionary circuits thanks to Yuriy Pershin at the University of South Carolina and Massimiliano Di Ventra at the University of California, San Diego, two pioneers in this field. Their design is a memristor processor that solves mazes and it is remarkably simple.