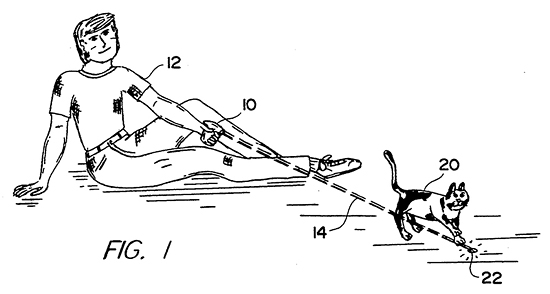 The Senate voted yesterday to make significant changes to the patent process, switching from a “first-to-invent” to a “first-to-file” system. From the NYT:

The Senate easily passed a bill on Tuesday that would overhaul the nation’s patent system, giving the Patent and Trademark Office more flexibility to control its own financing and changing the system to one that rewards the first inventor to file a valid application.

The change in the application system was favored by the large technology and pharmaceutical companies, which argued that it would put the United States in sync with other national patent offices around the world and make it easier to settle disputes about who has the right to a certain innovation.

Many smaller companies and inventors opposed the change, however, arguing that it favored companies that could hire legions of lawyers to quickly file applications for new permutations in manufacturing or product design.

and more from the AP (via Google):

To meet the concerns of independent inventors and small businesses that first-to-file would give the edge to corporations with the resources to file quickly and often, the bill gives a one-year grace period to protect academics and other inventors who disclose their inventions before filing for a patent.

The legislation has garnered a broad spectrum of support from pharmaceutical companies, large corporations such as IBM and Motorola, academic groups such as the Association of American Universities, and labor groups including the AFL-CIO.

The main opposition has come from small-scale inventors leery of the first-to-file system and high-tech companies opposed to provisions in the bill dealing with patent reviews.

And finally, patent attorney Scott Nyman has written an in-depth series of articles about the 2011 bill. He explains:

Under the present U.S. ‘first-to-invent” system, an inventor may claim priority after having satisfied two conditions: 1) conception and invention, and 2) reduction to practice. Once an inventor has diligently reduced his invention to practice, such as by building a prototype or filing a provisional application, the inventor may use the date on which the invention was conceived as his priority date. In a contest of priority, called an interference proceeding, an inventor that believes he or she should have priority may request an administrative hearing before a panel of judges on the Board of Patent Appeals and Interferences. In these proceedings, a second applicant must overcome the presumption that the first applicant to file was also the first to invent.  Due to the amount of evidence and time involved with swearing behind prior art in interference proceedings, or proving that they conceived the invention first, costs and legal fees can add up very quickly.

In non-U.S. “first-to-file” systems, the first applicant to file a patent applicant will have priority over all subsequent applicants, regardless of who conceived the invention first. That’s it.

As proposed in the Patent Reform Act of 2011, patent applicants will now be given an “effective filing date,” from which priority will be judged, with consideration to whether prior art was available before that date. This “effective filing date” will also be used to determine whether the invention would be obvious to those in the art through a combination of prior art references.

So, what do you think? Will this new system hurt small, independent inventors by giving priority to bigger companies? What difficulties might this present to something like open-source hardware and software?