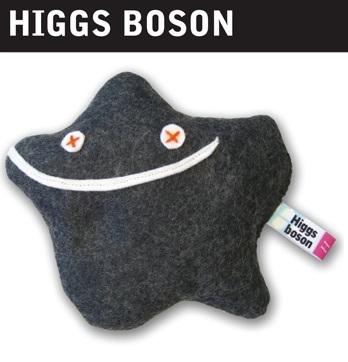 FermiLab Physicists May Have Found New Particle @ NYTimes.com. Ok, place your bets – what is it?

Physicists at the Fermi National Accelerator Laboratory are planning to announce Wednesday that they have found a suspicious bump in their data that could be evidence of a new elementary particle or even, some say, a new force of nature.

The results, if they hold up, could be a spectacular last hurrah for Fermilab’s Tevatron, once the world’s most powerful particle accelerator and now slated to go dark forever in September or earlier, whenever Fermilab runs out of money to operate it.

“Nobody knows what this is,” said Christopher Hill, a theorist at Fermilab who was not part of the team. “If it is real, it would be the most significant discovery in physics in half a century.”
One possible explanation for this mysterious bump, scientists say, is that it is evidence of a new and unexpected version of the long-sought Higgs boson. This is a hypothetical elementary particle that, according to the reigning theory known as the Standard Model, is responsible for endowing other elementary particles with mass.

Comments Off on FermiLab Physicists May Have Found New Particle