Memristors Are Back, And This Time, They’re Out for Blood* 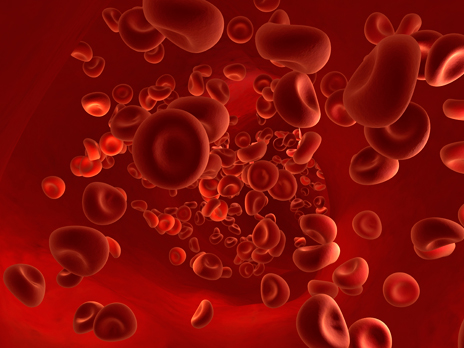 Remember memristors? They’ve been back in the news this week because scientists in India have discovered that human blood possesses memristive properties.

If the notion of next-generation electronic components made from actual human blood cells chills you, you may not want to read on. But if you are interested in how future artificial limbs or eyes may be wired up to patients, then this new research will intrigue you.

The work involved a macroscopic experiment with a 10 ml. test tube of human blood at 37 Celsius (normally taken as average human body temperature) and two immersed electrodes hooked up to some controlling and measuring electronics. The test proved that the blood’s resistance varied in reaction to the applied voltage polarity and size, and the effect was “retained” for at least five minutes–retests within this time frame were dependent on the previous experiment’s settings. A second test, also positive, showed the memristor effect was present when blood was actually flowing through the experiment.

S.P. Kosta of the Education Campus Changa in Gujarat, India and colleagues have published a paper in the International Journal of Medical Engineering and Informatics showing that human blood changes its electrical resistance depending on how much voltage is applied. It also seems to retain memory of this resistance for at least five minutes.

This isn’t the first biological connection with memristors. Because the connections between neurons in the brain seem to exhibit some memristive behavior, memristors are considered a potential way to build devices that mimic neural systems.

Kosta and colleagues seem to have more therapeutic applications, like neuroprosthetics, in mind. “The study is exploratory in nature, but it opens up new vistas in treatment of human diseases by simple human body tissue-based electron circuit technology,” the team writes in the paper. According to the team’s press release, their next step will be to create small memristor devices that confine the blood to small channels. They’ll try to combine them to carry out “logic functions”.

Ok, so… are you creeped out yet?

*feel free to suggest alternative headlines in the comments.