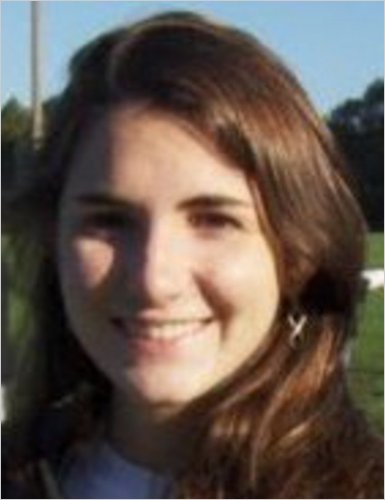 Since this article first appeared in the New York Times, I’ve seen it brought up a number of times on blogs, on twitter, and even on Facebook. Most of the remarks made about the situation imply that she was not following proper safety procedures, or that shop safety in general was lax. I can’t say for sure if this was the case, having no knowledge of the situation beyond the Times article. The only thing we can say for certain is that this was a tragic accident. But there is one line in the article which jumped out at me as the most likely overall cause for this tragedy. (emphasis mine, below:)

On Tuesday, just weeks from graduating, she toiled late at night inside a machine shop in a chemistry lab, as she had for weeks while working on her senior thesis: investigating the possible use of liquid helium for detecting dark matter particles. Ms. Dufault, 22, was killed when her hair became caught in the lathe, whose rotating axis is used to hold materials like wood or metal being shaped.

I’m going to assume that because she was there late at night, it means she had other things to do during the day. This means that she had most likely already put in a full day of classes, studying, and labs before she went to work in the shop. Even when I was 22, a full day of school would have left me exhausted — I don’t think I’d have the energy to then go work in a machine shop. A machine shop is not the place you want to be when you’re tired. Fatigue is the single greatest hazard you have to deal with when using tools, particularly machine tools. Even when you’re clear-headed and alert, machine tools can kill you. When you’re fatigued, all your faculties — your reaction time, your senses, your clear thinking and spatial reasoning — are attenuated. You need all of these working at 100% to operate this kind of machinery. There are no exceptions.

A friend of mine is a toolmaker, and he told me a story about the first shop he ever worked in. He said there was a handwritten sign on the wall with the best shop safety advice he’s ever heard:

That pretty much sums it up. If you’re tired, you’re a danger to yourself and to everyone else in the shop. Even if you’re taking all the proper safety precautions and wearing all the proper equipment, you will make mistakes if you are suffering from fatigue.

The thing to remember is that it’s ok to just walk away. In the case of this young woman, I imagine she was under a lot of pressure — she probably had a project deadline hanging over her head, and she was on a tight schedule. I can understand and sympathize with that, but really, there’s no college degree in the world that is worth your safety or your life.

So please be careful when you’re working with tools. Listen to what your body is telling you. If you feel your mind start to wander, or you start to make little mistakes, just stop. Walk away. Take a break or even call it a day.