New DIY Drones product: the PhoneDrone board for Android! 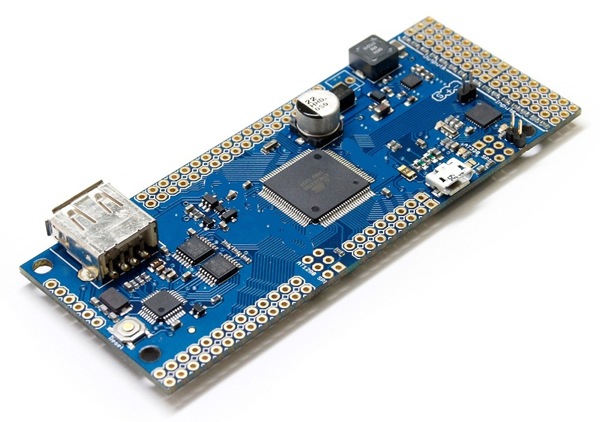 I hinted that the DIY Drones team had been working with Google on an Android-compatible RC interface board. Now that I/O is over, I can give the details. We’re calling it the “PhoneDrone board for Android”, and it’s a way to connect any Android device (2.3.4 or higher) to the world of RC and UAVs.The board has 8 channels of RC in and out, with PWM-to-PPM conversion and multiplexing between RC and Android control. You just plug the Android’s phone USB connector into the board and you have two-way communications with RC gear and any other board, such as APM.

That means that you can switch between RC control and Android control or mix the two. An example would be “fly/drive by wire”. You steer your vehicle via RC, but an Android phone does the actual control using its onboard IMU. On a car, that would allow every turn to be a high-speed controlled drift, for instance (we may show something like that at Maker Faire).

Or, with a UAV, you might have the Android phone doing high-level image processing and object tracking, sending mission commands to an autopilot board such as APM. You might also want to use the phone’s long-distance wireless instead of an Xbee for two-way telemetry.

This can either replace APM if you’ve got equivalent code running on Android, or compliment it with the Android device doing image processing or long-distance wireless comms.