Alibaba and Yahoo (and eBay) 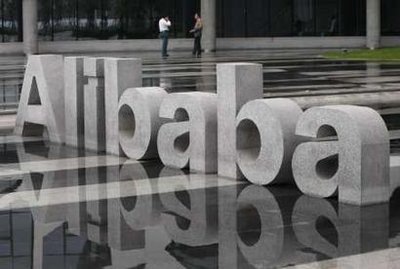 Alibaba is facinating, every week there’s something completely new and bizarre. Most people do not even know it’s owned by Yahoo (43% of it). A lot of folks who buy things from China use the site, it connects importers and exporters from more than 240 countries and regions.

Analysts said the sales were largely driven by a growing customer base, which increased 30 percent to 61.8 million. In February, Alibaba’s former CEO and chief of operations David Wei resigned to take responsibilities for fraudulent activities of its customers.

Yahoo Inc. CEO Carol Bartz assured analysts the Internet company is making progress in its effort to be “appropriately compensated” for a recent change in its 43 percent stake in Alibaba Group, a leader in China’s rapidly growing online market. Alibaba recently spun off its online payment service without giving Yahoo anything.

Yahoo owns 43 percent of Chinese e-commerce giant Alibaba Group, which it acquired for $1 billion in 2005. The relationship between the two companies has grown strained since Carol Bartz took the CEO reins at Yahoo two years ago.

Ma’s attempts to repurchase some of Yahoo’s stake in his company have been rebuffed by Bartz.

The companies are currently in negotiations, along with Japan’s Softbank, over how to compensate Yahoo for Alipay, an Alibaba subsidiary that was transferred to a separate entity controlled by Ma in order to meet Chinese regulations relating to foreign ownership.

Since it is figured that Yahoo’s stake in Alibaba accounts for about half of the Silicon Valley company’s market cap, news that such a prize asset was moved without the CEO’s knowledge has raised questions by some about her future.

Yahoo co-founder Jerry Yang and CFO Tim Morse were in discussions with key people over fair compensation, the Yahoo executives told investors. There are a lot of “moving parts,” Bartz said, “but we’re making progress.”

“Simply put, very simply put, we believe our disclosure was timely and appropriate,” Bartz said. “We have approached this thoughtfully and methodically.” She added that the company has agreed with Alibaba shareholder Softbank and Alibaba “that none of us are going to discuss the past.”

EBay’s PayPal will no longer be a payment option on a site run by Chinese e-commerce giant Alibaba Group, a sign that cooperation between the two companies may be cooling.

Alibaba also has its own online payment service Alipay, which dominates the Chinese market. But the service has been involved in a dispute that has threatened to further damage relations between another U.S. Internet company — Yahoo.

Yahoo owns a 43 percent stake in Alibaba. But the value of that investment is at risk of being devalued after Alibaba transferred ownership of Alipay to a company under Alibaba CEO Jack Ma.

Yahoo and Alibaba are currently in talks over how compensation will be provided for the loss of the Alipay business.

Alipay was originally under the ownership of Alibaba Group. New regulatory measures, however, require all online payment services from nonfinanical institutions to be Chinese owned. To meet this requirement, control of Alipay was transferred to a separate Chinese company owned by Alibaba Group CEO Jack Ma.

Ok – so, it sounds like Alibaba (Jack Ma) doesn’t like being owned by Yahoo, he’s tried to buy back the shares of the company but Bartz (Yahoo) said no (it’s 50% of their market cap, they can’t). Alipay was spun off from Alibaba in 2004 and has become the largest payment processor in China. Alipay can’t be owned by a US company (new Chinese regulation) and eBay cannot do the payments for Alibaba, this means all the payments go through a company that Yahoo doesn’t own any more, who owns it? Jack Ma, Alibaba CEO. Incredible. Yahoo’s shares tanked as this was happening, we wonder if that was the plan all along to get Yahoo to sell off Alibaba or eventually be forced to? Will eBay/Paypal spin off a payment company just for China and make sure it’s Chinese owned to compete? This “new” regulation is very handy for Jack, politics!

Any way, we sometimes gets samples and products through AliExpress and Alibaba, so we’re interested in this.