BACK IN STOCK – Microtouch 2.4 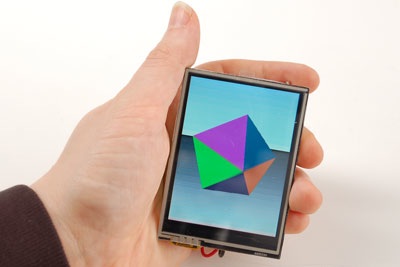 Microtouch – 2.4, make your own “iTouch-like” device! Sure, the latest “iTouchy” gadgets are pretty cool. But who wants a locked down device? Why not build your own touch-screen device, with your own apps, all on open source hardware and using open source tools? OK, it can’t play MP3s, but it does have a 320×240 TFT color display with resistive touch screen, an Atmega32u4 8-bit microcontroller, lithium polymer battery charger, backlight control, micro-SD slot, and a triple-axis accelerometer. Yeah, this is the next big thing and for those of us who like to DIY, you can do a lot of cool stuff with this dev board. 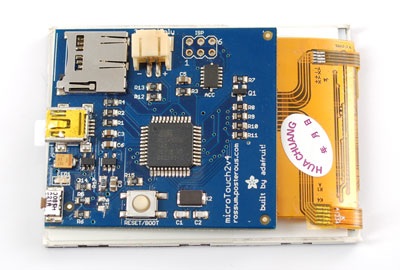 This product is just the Microtouch dev board (preloaded with some demo Apps), and does not include a lithium polymer battery or a microSD card. You will need a lipoly battery with 2-pin JST connector for best performance. It can run straight from USB but due to the charger design, the backlight will be dimmed so it will not appear as bright as with a battery installed. We strongly suggest our medium lipoly but you can substitute another 3.7V cell. A microSD card will be handy if you want to display images, slideshows or animations.

On board you will find a whole bunch of goodies: 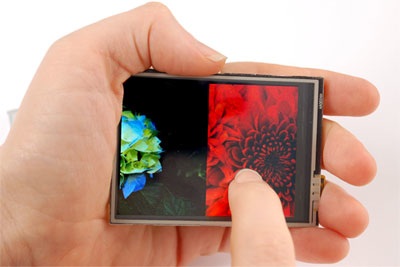 Of course, we wouldn’t just leave you with a schematic or datasheet and say ‘good luck’! The designer of the Microtouch (known to us by the code name “Rossum” ) has written a full hardware core operating system and multiple demo apps such as…

The Microtouch is powerful and fun but is not meant for microcontroller beginners! If you’re just starting out, we suggest checking out the Arduino to get your feet wet. Once you feel comfy with programming C and programming microcontrollers directly, come back and pick up one of these.

The project is a collaboration between Rossum & Ladyada! For detailed documentation and files, please visit the product page

Here’s a video of version 1.0 (this one is v2.4 and uses a different chip but is pretty much the same functionally) You can see the apps in action!

We are also carrying a lot of accessories for the board, you can see them here.

Comments Off on BACK IN STOCK – Microtouch 2.4