Widespread “tap and pay” within a year 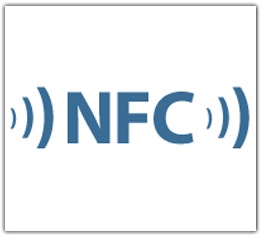 Widespread “tap and pay” within a year

Eric Schmidt, Google’s executive chairman, believes that a third of check-out terminals in retail stores and restaurants will be upgraded to allow wireless “tap and pay” from mobile phones within the next year. Such a development will prepare the ground for what he believes will be a “trillion dollar” industry of mobile advertising and payments.

It won’t be in “most” places within a year, but it will be in high traffic places like Starbucks seemingly overnight. At this time Starbucks scans a QR-looking code with their current scanners which uses an app on the iPhone, but as soon as iPhone gets NFC we think Starbucks will add that at the same time, likely a joint-keynote thing with Jobs and Shultz. Android (Google) has the Nexus S with NFC and Google announced Google wallet, but it’s not slated to be out until “summer”. As of last week there is an official “scan the screen” app for Android too for Starbucks.

We are carrying and designing NFC products now, we’re excited about what folks are doing with them, and what they will do with them.

Comments Off on Widespread “tap and pay” within a year