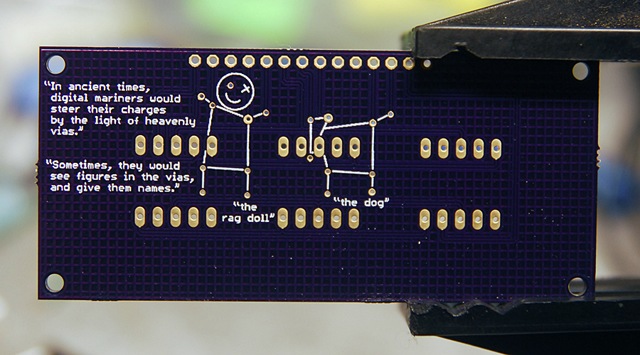 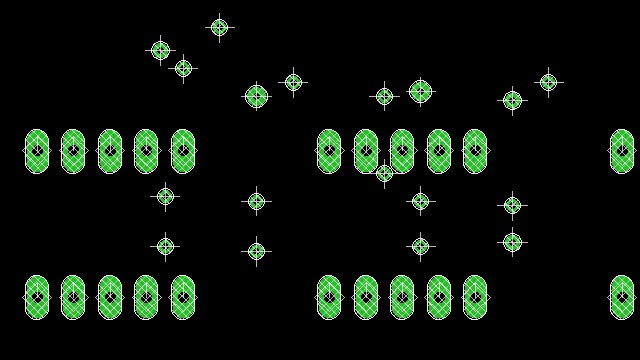 In ancient times, digital mariners would steer their charges by the light of heavenly vias. Sometimes, they would see figures in the vias, and give them names.

Dateline — The Distant Future ™: An archaeologist with a flying car rediscovers this circuit board in the ruins of a subdivision of a New York City suburb in what used to be New Jersey. Assuming they can decipher the bizarre, refined glyphs that make up the Latin alphabet, what will they think? Did people in the 21st century really believe that vias were stars, or vice-versa? Is this proof of a previously undocumented (and quaint) belief system? Did these people really believe in primitive anthropomorphized electrons?

More than likely none of these. Assuming that people in the future will have stopped the ego-inflated practice of infantilizing the past, this artifact will be on display in a museum with the caption “A classic example of 21st-century wise-assery.”