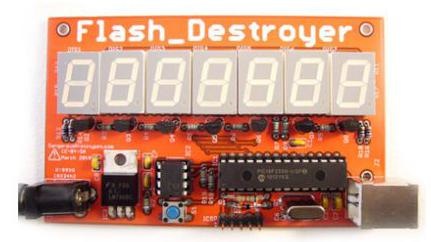 Dangerous Prototypes is a two-year old organization with the stated mission of producing “one new open source project every month.” In its nearly two years in existence, DP has created about 30 projects, such as the Flash Destroyer. All are being sold by another interesting company, Seeed Studio. Seeed is a contract manufacturing/sales channel for hire. It helps hardware designers get their ideas manufactured in China and sold worldwide. Intrigued, we contacted DP’s head honcho, Ian Lesnet (who tells us his official title is Internet Troll), and picked his brain a little about his company, which is based in Muscatine, Iowa, but is really “run by loose network of paid and unpaid contributors all around the world,” he says.

Comments Off on Dangerous Prototypes: An Open Source Hardware Project A Month