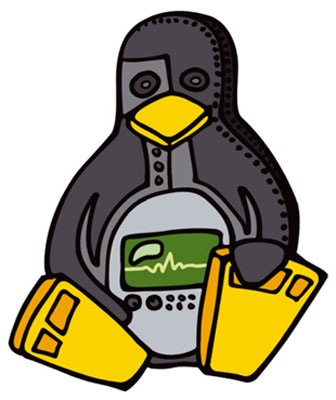 In the spirit of knowledge and technology dissemination, the CERN OHL was created to govern the use, copying, modification and distribution of hardware design documentation, and the manufacture and distribution of products. Hardware design documentation includes schematic diagrams, designs, circuit or circuit-board layouts, mechanical drawings, flow charts and descriptive texts, as well as other explanatory material.

Version 1.0 of the CERN OHL was published in March 2011 on the Open Hardware Repository (OHR), the creation of electronic designers working in experimental-physics laboratories who felt the need to enable knowledge-exchange across a wide community and in line with the ideals of “open science” being fostered by organizations such as CERN.

“For us, the drive towards open hardware was largely motivated by well-intentioned envy of our colleagues who develop Linux device-drivers,” said Javier Serrano, an engineer at CERN’s Beams Department and the founder of the OHR. “They are part of a very large community of designers who share their knowledge and time in order to come up with the best possible operating system. We felt that there was no intrinsic reason why hardware development should be any different.”
The CERN OHL provides a framework for knowledge exchange that reconciles open design principles with traceability with a clear policy for the management of intellectual property.

“The concept of ‘open-source hardware’ or ‘open hardware’ is not yet as well known or widespread as the free software or open-source software concept,” said Myriam Ayass, Legal Advisor for CERN’s Knowledge Transfer Group. “However, it shares the same principles: anyone should be able to see the source (the design documentation in case of hardware), study it, modify it and share it.”

“The CERN OHL is an exciting achievement, with the potential of being the lead licence for new hardware projects, like the GNU GPL has been for free software,” said Alessandro Rubini, Free Software developer and co-author of “Linux Device Drivers”.

“Version 1.1 integrates feedback received from the community in order to follow generally accepted principles of the free and open source movements,” said Ayass, “and purports to make the CERN OHL even more easily usable by entities other than CERN”.

“By sharing designs openly,” said Serrano, “CERN expects to improve the quality of designs through peer review and to guarantee their users – including commercial companies – the freedom to study, modify and manufacture them, leading to better hardware and less duplication of efforts.”
“CERN efforts to build an ecosystem for Open Hardware certainly bode well for more Freedom in the digital space,” said Carlo Piana, Digital liberties advocate and General Counsel of the Free Software Foundation Europe (FSFE).

A workshop on Open hardware is scheduled to be held in Grenoble on the 9th October 2011, during the 13th International Conference on Accelerator and Large Experimental Physics Control Systems.

We need to look at this, but it appears there is now an OHL license to use for your OSHW projects.