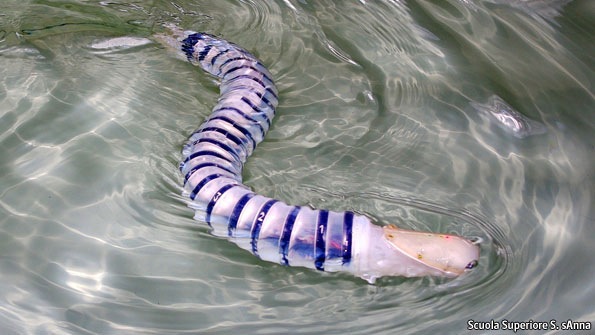 Robots: Zoobotics @ The Economist… A new generation of animal-like robots is about to emerge from the laboratory –

The result has been a flourishing of animal-like robots. It is not just dogs that engineers are copying now, but shrews complete with whiskers, swimming lampreys, grasping octopuses, climbing lizards and burrowing clams. They are even trying to mimic insects, by making robots that take off when they flap their wings. As a consequence, the Widgetophora and the Anthropoidea are being pushed aside. The phylum Zoomorpha is on the march.