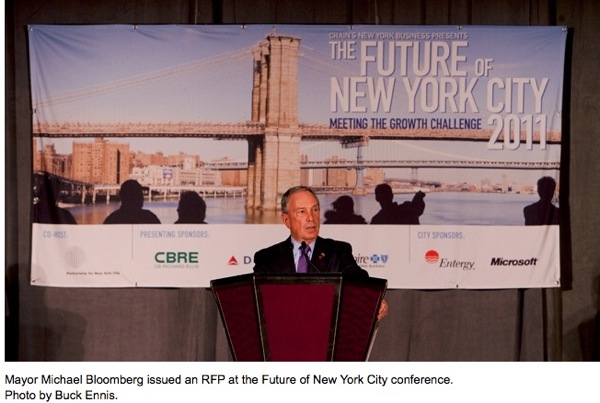 Mayor Michael Bloomberg announced Tuesday details of a request for “universities near and far” to submit proposals to build or expand a science and engineering campus in the city—a project he called “one of the most promising economic development initiatives in the city’s long history.”

In a speech at the Crain’s Future of New York City conference, the mayor said a 1 million-square-foot applied science campus could spin off some 400 new companies and create more than 7,000 construction jobs and 22,000 permanent jobs in its first 35 years. Some $6 billion in economic activity could be generated, resulting in roughly $1.2 billion in new tax revenues added to city coffers.

“During the 1980s and 90s, Silicon Valley—not New York—became the world capital of technology startups, and that is still true today,” Mr. Bloomberg said. “But if I am right, and we succeed in this mission, it won’t be true forever.”