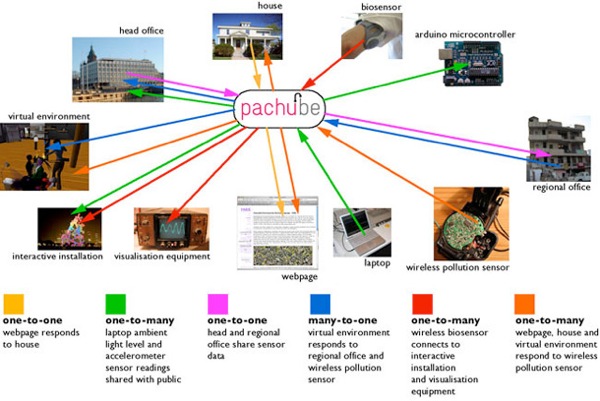 London-based Pachube, has been acquired by Woburn, Massachusetts-based LogMeIn. The deal is worth “approximately $15 million in cash,” some of it dependent on performance. LogMeIn provides provides cloud-based remote access solutions, such as the remote PC control app Ignition that we wrote about earlier this month. Pachube (pronounced Patch-Bay) is a platform for connecting people and devices to the Internet. The acquisition allows LogMeIn to extend its reach beyond computers, smartphones and tablets to “potentially all Internet-connectable devices.” For Pachube, it allows them to scale up its operations.

…Since its founding in 2008, Pachube has aimed to be the leading open development platform for the Internet of Things – and it appeared to be building that out quite nicely. So why didn’t it continue to ramp up independently, potentially becoming a much more valuable platform in a few years?

One hint about why Pachube sold now is in the press release: “LogMeIn will absorb approximately $1 million per quarter in ongoing operating costs related to the operation of the Pachube business.”