Foxconn to replace workers with 1 million robots in 3 years 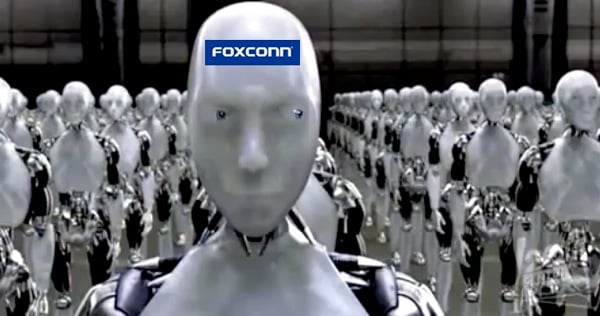 Taiwanese technology giant Foxconn will replace some of its workers with 1 million robots in three years to cut rising labor expenses and improve efficiency, said Terry Gou, founder and chairman of the company, late Friday.

The robots will be used to do simple and routine work such as spraying, welding and assembling which are now mainly conducted by workers, said Gou at a workers’ dance party Friday night.

The company currently has 10,000 robots and the number will be increased to 300,000 next year and 1 million in three years, according to Gou.

Foxconn, the world’s largest maker of computer components which assembles products for Apple, Sony and Nokia, is in the spotlight after a string of suicides of workers at its massive Chinese plants, which some blamed on tough working conditions.

The company currently employs 1.2 million people, with about 1 million of them based on the Chinese mainland.