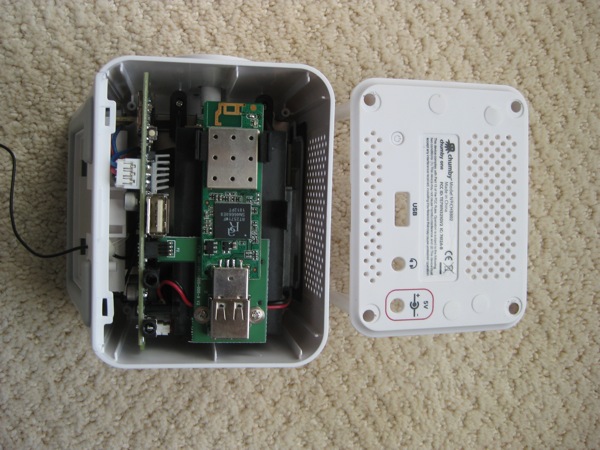 …here’s where it gets interesting: Because anyone can submit an app and Chumby Industries has been very open to hacking the Linux kernel, there are several ways to change the firmware with OpenEmbedded to tailor the device to your own needs. With that, Chumby becomes a very inexpensive, connected, touch-screen ARM development kit. In addition, there is a lot of community support in the Chumby wiki.

There are some cool projects in the wiki like turning it into a Web server and connecting it to an iPod as a music server. With the increasing number of home wireless networks being installed in the US there is so much potential for device like the Chumby to be used as interfaces for home security, appliances, irrigation, and climate control. This is in contrast to the variety of home automation devices on the market, most of are expensive and complex to set up. Is there a nascent market for cheap home automation products like the old X10 protocol but based on 802.11? 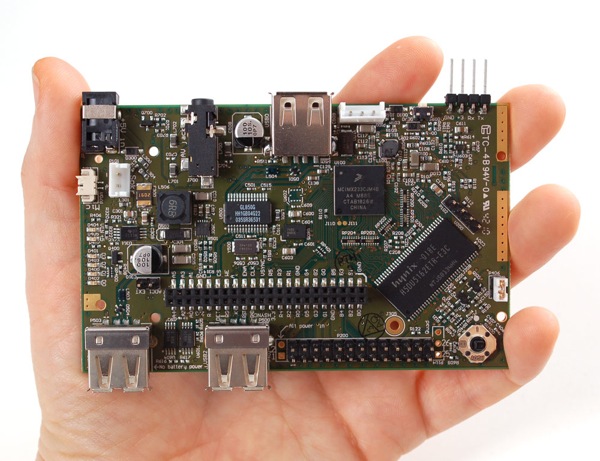 The Chumby Hacker Board is a cool single board Linux computer that has much of the same hardware as the famous Chumby One. It’s great for people who are experienced with Linux and want to have the power of a microcomputer with audio and video output while at the same time getting all the peripherals of a microcontroller such as analog-to-digital conversion, PWM outputs, sensors, bit twiddling, and broken-out GPIOs!

While we believe that the CHB is a fairly easy-to-use Single Board Computer, having a pre-installed OS on the included uSD card and drivers for the peripherals, it’s not designed for beginners! The board is best used by those with previous Linux experience. The good news is you don’t have to have another Linux computer to set up the CHB but you should have familiarity with shells and shell scripting, gcc, make, dmesg, etc. We also suggest having had some poking around with microcontrollers such as BASIC Stamp, Arduino, AVR, PIC, 8051, etc. So that when we say “i2c” and “not 5v tolerant I/Os” you can follow along