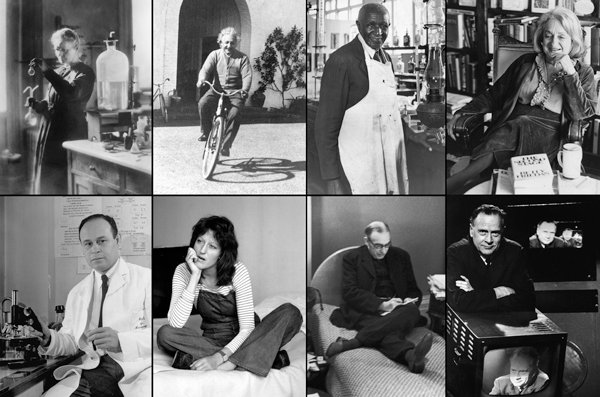 Great op-ed by Neal Gabler in the Times today about how modern society views the culture of ideas, and the people who create them. (emphasis mine):

Ideas just aren’t what they used to be. Once upon a time, they could ignite fires of debate, stimulate other thoughts, incite revolutions and fundamentally change the ways we look at and think about the world.

They could penetrate the general culture and make celebrities out of thinkers — notably Albert Einstein, but also Reinhold Niebuhr, Daniel Bell, Betty Friedan, Carl Sagan and Stephen Jay Gould, to name a few. The ideas themselves could even be made famous: for instance, for “the end of ideology,” “the medium is the message,” “the feminine mystique,” “the Big Bang theory,” “the end of history.” A big idea could capture the cover of Time — “Is God Dead?” — and intellectuals like Norman Mailer, William F. Buckley Jr. and Gore Vidal would even occasionally be invited to the couches of late-night talk shows. How long ago that was.

If our ideas seem smaller nowadays, it’s not because we are dumber than our forebears but because we just don’t care as much about ideas as they did. In effect, we are living in an increasingly post-idea world — a world in which big, thought-provoking ideas that can’t instantly be monetized are of so little intrinsic value that fewer people are generating them and fewer outlets are disseminating them, the Internet notwithstanding. Bold ideas are almost passé.

It is no secret, especially here in America, that we live in a post-Enlightenment age in which rationality, science, evidence, logical argument and debate have lost the battle in many sectors, and perhaps even in society generally, to superstition, faith, opinion and orthodoxy. While we continue to make giant technological advances, we may be the first generation to have turned back the epochal clock — to have gone backward intellectually from advanced modes of thinking into old modes of belief. But post-Enlightenment and post-idea, while related, are not exactly the same.

The post-idea world has been a long time coming, and many factors have contributed to it. There is the retreat in universities from the real world, and an encouragement of and reward for the narrowest specialization rather than for daring — for tending potted plants rather than planting forests.