Build Your Own Undersea Robot 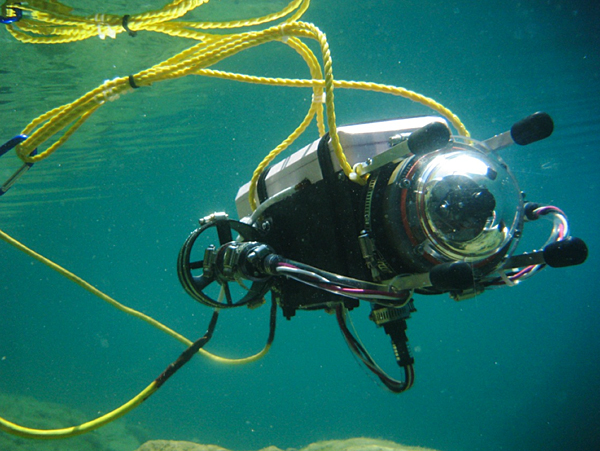 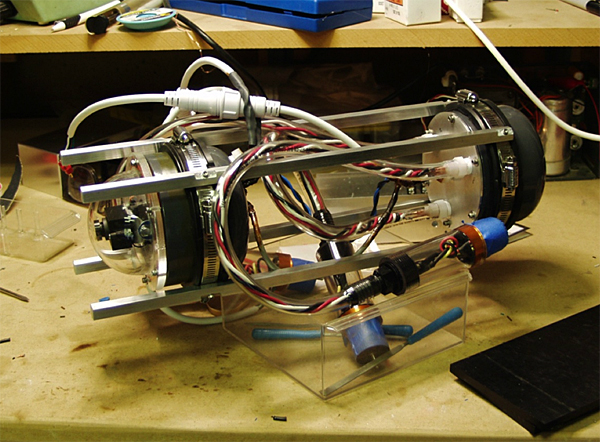 David Schneider relates his own experience and gives some advice on building your own underwater ROV. He writes:

Last year at about this time, crews in the Gulf of Mexico were working feverishly to bring BP’s blown-out oil well under control. Some of the more spectacular parts of that effort, as you may recall, involved the use of remotely operated vehicles, or ROVs. Perhaps you had the same thought as I did—that it would be cool to build one.

To be sure, no garage-workbench hacker is going to build an undersea robot that operates a diamond saw or wrestles with a stuck blowout preventer. But those vehicles also monitored events on the seafloor and streamed some amazing video to the Web in real time. A small inspection-class unit—one that carries just a video camera around underwater—ought to be within the grasp of an avid DIYer.

I even built an ROV for fun in the late 1990s. Its underwater thrusters, like the ones employed by most DIYers today, used DC motors mounted in watertight housings. Flexible shaft seals prevented water from getting to the innards of the motors. It used trolling motors, the kind you see pushing small fishing boats around. Submersible bilge pumps are another popular solution.

The great thing about bilge-pump motors is that they are dirt cheap—perfect if all you want is something that can swim around at shallow depths. At greater depths, though, the pressure will cause the flexible seals to close down around the spinning shaft, sapping power and heating the seal. Ultimately, the seal fails and the motor floods.

I wanted my next-generation ROV to be able to go deep, so I took a different approach this time, which was to fill the motors with oil. Shaft seals are still required to keep the oil on the inside separated from the water on the outside. But the two sides of the seal are always at the same pressure, so the motors should be able to operate at any depth.

It’s a pretty good read, with a lot of valuable observations and source files too!

Filed under: arduino, robotics — by johngineer

Comments Off on Build Your Own Undersea Robot