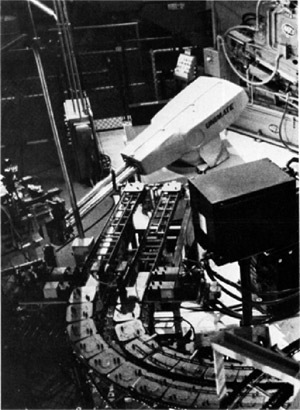 The early 1950s were a time of boundless technological imagination, fueled by the science fiction of Ray Bradbury, H.G. Wells and The Twilight Zone. George C. Devol was often inspired by these fantastical visions. The largely self-taught inventor drew from science fiction to help develop Unimate, the revolutionary mechanical arm that became a prototype for industrial robots in 1954. Devol died on August 11, 2011 at his home in Wilton, Connecticut. He was 99.

In May of this year, Devol was inducted into the National Inventors Hall of Fame. The citation states, “George Devol’s patent for the first digitally operated programmable robotic arm represents the foundation of the modern robotics industry.”

Comments Off on George C. Devol