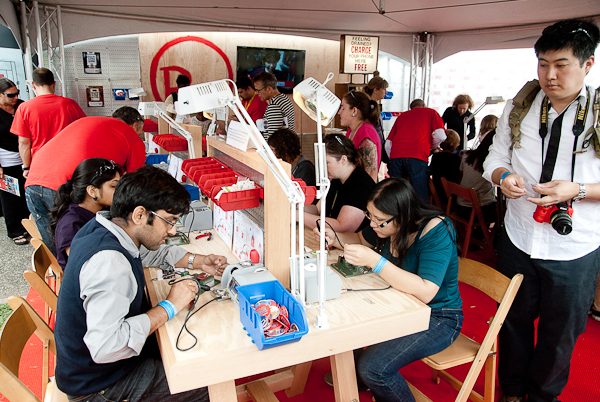 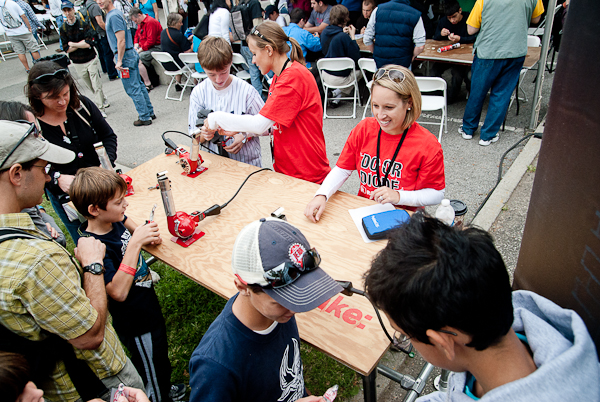 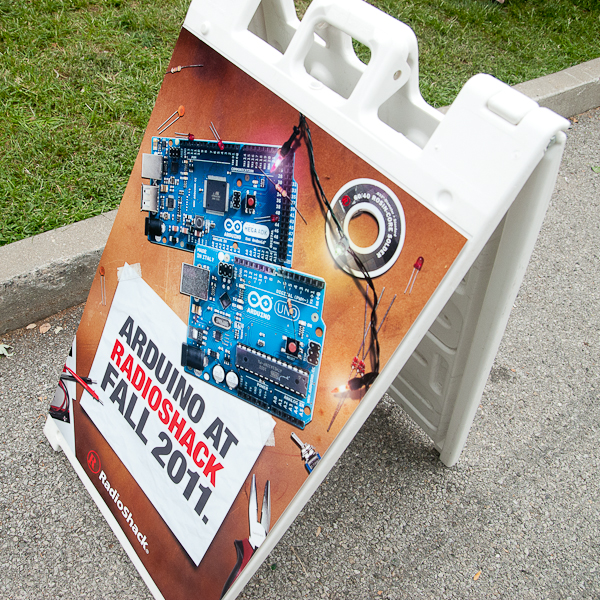 It was nice to see Radio Shack at MakerFaire this year. I have to say I was really impressed with their soldering pavillion — it looked like everyone was having a good time, and from the time I arrived on Saturday till closing on Sunday, there was a permanent crowd around their booth.

One of the things that struck me about their kit was the final step: covering the flashlight PCB in heatshrink tubing — they had a whole station set up for that. What’s so cool about that last step is that it uses another process (heatshrink) that is different from soldering, which means that kids who make these kits learn two different (though related) skills. I just kinda thought that was a neat idea, because it requires a lateral step in thinking to go from one to the other. I realize that neither soldering nor heatshrinking is all that difficult, but I heard several of the kids exclaim “that’s SO COOL!” when the tubing began to shrink, so it definitely got them excited (which is the whole point, right?).

I also shot a little interview with Amy from the Radio Shack team:

They also have a nice writeup on their blog, detailing their experiences:

This was my first Maker Faire, and I have to say, it completely surpassed my expectations and helped me get a better idea of what DIY is all about.

I saw some pretty incredible things at Maker Faire NY. One of my favorite was the 3D printers from MakerBot. 3D printers are exactly what they sound like – you design something, just as you would write a paper for a regular printer, and then press print. Instead of ink on paper, the 3D printers use plastic to construct your design. It’s truly incredible, and when you see them in action, you immediately see the benefit, even for companies. Why stock an unending supply of small knobs and parts for discontinued products when you can simply share the design files and allow consumers to print their own on-demand?

Food abounded, including these huge vats of paella, a rice dish that includes a medley of various meats and vegetables – the perfect meal to embody the creative mixture of parts, pieces, and people that is Maker Faire.

I’d love to see them run these workshops in their stores, or at local fairs and carnivals. It was awesome seeing them at MakerFaire, and I hope the success of their presence there — they put together almost 4000 kits! — encourages them to do more work like this in the future.